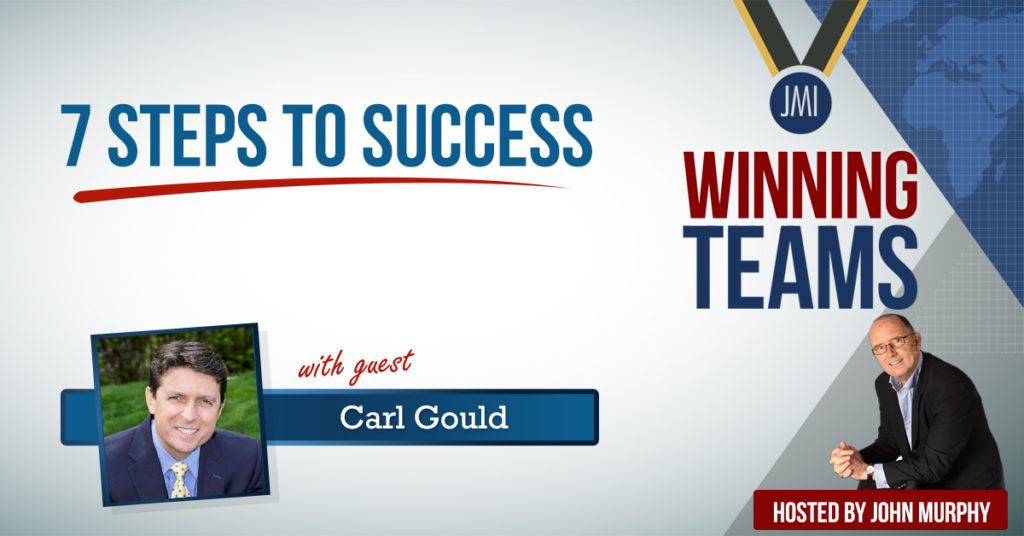 For over 20 years, Carl Gould has been a coach and mentor for entrepreneurs globally.  He is the Founder of 7 Stage Advisors. He is the author of “The 7 Stages of Small Business Success”, he has also co-authored “Blueprint for Success” with Stephen R. Covey and Ken Blanchard.   He is a sought-after speaker and adviser to influential organizations around the world and is recognized as an authority on closing the gap between where companies are now and where they ultimately wish to end up.

Hailing from New Jersey, Carl’s first two businesses were in the construction industry. By the age of 40, he had built three multi-million dollar businesses, two construction companies which he later sold, and his current business, 7 Stage Advisors.

7 Stage Advisors address the needs of small to mid-market firms in a variety of ways. They help companies discover where they need to place their efforts for maximum impact. They coach, mentor and train companies how to sustain growth over an extended period of time.

In this interview, we discuss the 7 stage method, which is a growth graph that shows the clearest trajectory for getting to the next level and what can trip you up.  Carl outlines the 7 stages below:

Stage 7  The Succession Stage (when a legacy business is born)

Lots of business owners get frustrated because they are doing the right things at the wrong time.  Carl outlines the two biggest violations he believes many leaders make in their business:

You try to implement systems too early in the business.  So you must go through stages 1, 2 and 3 to become the expert first.  Then you move on to stage 4 to perfect the system.  This is the “Efficient” side of the business. Carl uses the “standard day protocol” system used by commercial airlines as an example here.

We go on to talk about;

There are two books Carl believes have had a significant impact on him, the first book is “The Science of Getting Rich” by Wallace D. Wattles.  This book is about the formula for getting rich from a Christian perspective and was the inspiration behind Rhonda Byrne’s bestselling book and movie, The Secret. Wallace Wattles concisely shows how to use the power of thought and willpower on the way to getting rich.

The second book is “The Celestine Prophecy” by James Redfield.  Drawing on ancient wisdom, it tells you how to make connections among the events happening in your life right now and lets you see what is going to happen to you in the years to come.

Daily rituals and habits: Carl created a life plan where he laid out what he wants to do in each decade of his life, he rewrites his bucket list annually.  He recorded and listens to his life plans, affirmations, goals and core values every day for 9 minutes.  By the time he leaves the house he’s ready to take on the world!

As a special gift to our listeners Carl is offering a FREE two hour “Growth Strategy” session (called the Business Analysis) which you can download on www.carlgould.com or www.7stageadvisors.com.