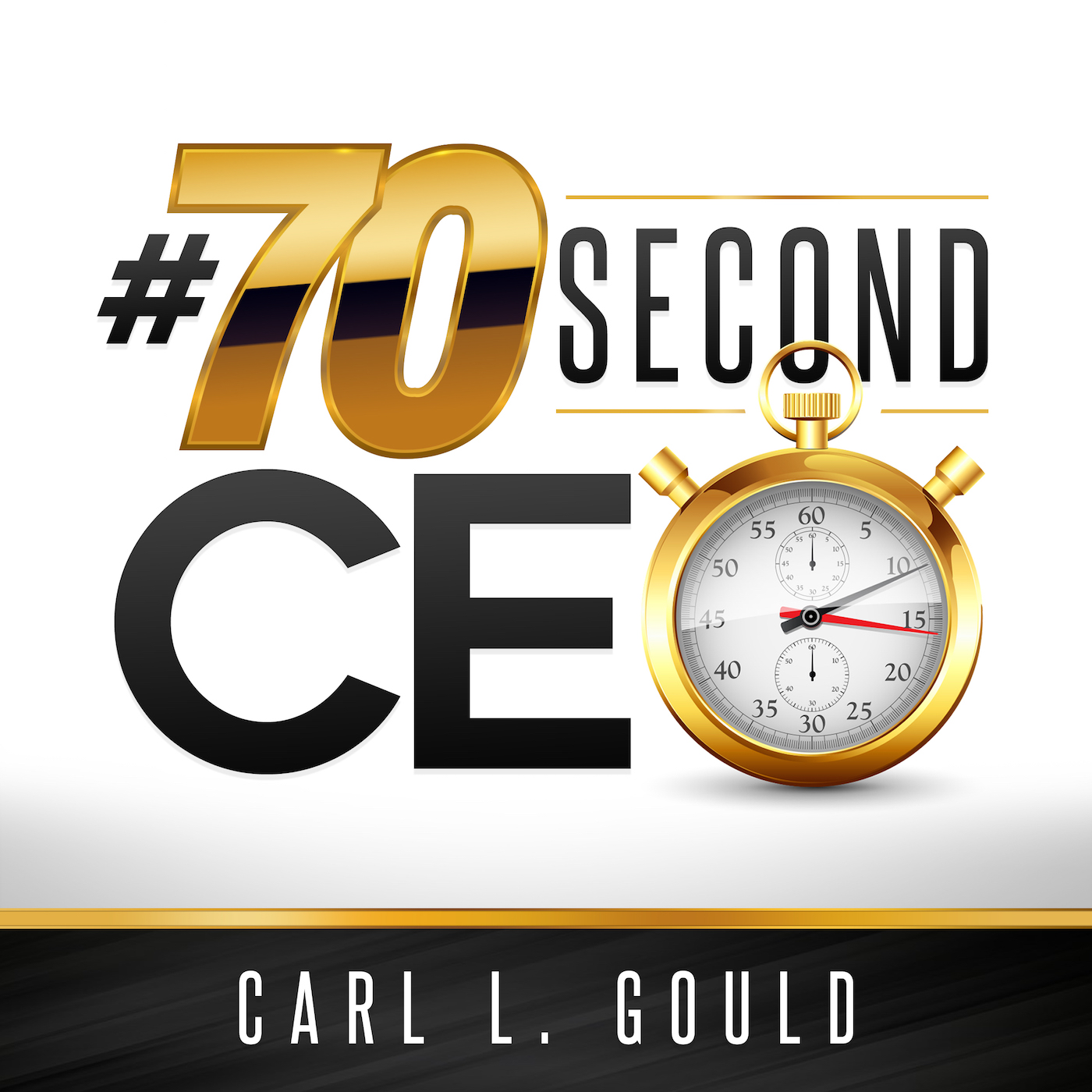 Vito’s restaurant saw a 30% increase per head by following this one piece of advice from Carl. Want to know what it is? Listen to Carl Gould every week day on your #70secondCEO.

Hi everyone, Carl Gould here with your #70secondCEO. Just a little over one minute investment every day for a lifetime of results.

We had a restaurant client for a period of time and we looked at his specials board each week and they were typically low margin meals and we said to Veto, Veto was his name. “Veto, people don’t pick the meals because they’re good, all your meals were good, they pick them because you recommend them”. So let’s make a list of your highest margin products and let’s offer them out as a special rate, a lower rate and let’s see what happens. So his average ticket  increased almost thirty percent and that sounds amazing and it was, for some went from eight dollars to eleven dollars. He went from eight dollars and change to about eleven dollars average ticket because people were buying his specials and was even able to offer them at a slight discount but people bought them because people like Veto and he was around forever, so when they would come in to his pizzeria down in heart of town as a matter of fact, Veto went from eight to eleven bucks, he went from eight to eleven dollars on fifty-five thousand tickets by the way, of this type of client.

Like and follow this podcast so you can learn more. My name is Carl Gould and this has been your #70secondCEO.

Check out this episode!